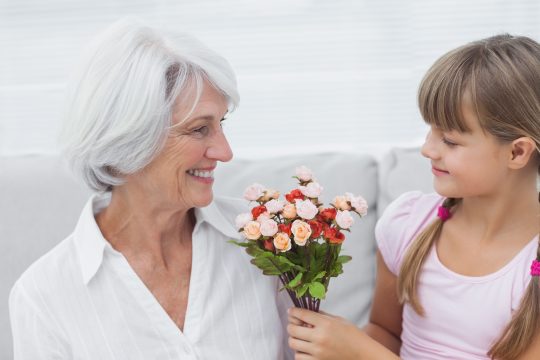 The world is stressed, but some things are constant.  In moments of stress, wisdom – and relief – can wash over us, by remembering the simplest things.  A lowly flower is no less a miracle than the towering oak.  All of politics comes to nothing if we have not daily purpose.  Our neighbor needs us more than we know.  And giving lifts all hearts.

We live in a time when it is the fashion to rant, complain, and – if you live in a city – tear things down, or live in fear of others doing so.  We watch protests become riots, then clusters of ideologically motivated violence, finally a cause celeb for politicians eager to spin gold from hay.

We live in a time when proportionality goes missing, more attention given to red hats and one-liners than Red China and Mideast peace.  We are swept down rabbit holes by social media, into subterranean fantasies, crying an ocean of tears like Alice, feeling sorry for ourselves, wondering what is next.

We watch unaccountable politicians spend our money, claim credit for compassion – because they took what we earned, and what our grandkids will earn – for socialist nonsense.  We feel powerless if resolved to stop it.  Capping our frustration, we watch rights suspended by the same politicians, and find ourselves isolated, frustrated, anxious, and irritated by this pernicious, persistent, unending virus.

Here is the good news.  While political involvement is important, so is daily life – and giving to our neighbors, as they encounter similar feelings, may be a good way to lift all hearts.  Put differently, we are most at peace when we give – and now is a good time.

Three stories make the point.  In a small Maine town, a 101-year old lady sits in her driveway – cheerfully waving, encouraging passersby, and – perhaps surprisingly – sharing laughter with anyone who stops, even as she socially distances.  She is an utter inspiration.

Truth is, I have known her most of my life.  She has always been quick with laughter.  Why is she out engaging the world now? Because “this is the worst.”  Worst?  She lived through the Great Depression, World War II, Korea, Vietnam, the turbulent 1960s, Gulf Wars I and II, 9-11, and everything since.  “Yes, the worst, since everyone is isolated …” Her remedy is to get up each day, smile and safely engage.  Of course, she gives and gets with care, but lives and lets others know she is there.

Second story:  We hear much about the Post Office today, along with racial injustice.  But in World War II, a remarkable, selfless, volunteer unit lifted American spirits – and we could learn from them.  They were the Women’s Army Corps unit called “Six-Triple-Eight.”

Without complaint, Six-Triple-Eight – first all-African American, all-female unit – moved “mountains of mail” for “millions of American service members.”  Stationed in England and France, trained for combat, they reduced a seven-million-piece backlog, dramatically lifting American morale at the front – and at home.  They kept mail running – in both directions – for service members and American families.

Lessons are multiple.  Despite segregation, separation and discrimination, the unit was filled with patriots – nearly 1000 volunteers.  They cared about America, about their fellow citizens, and about the future.  They made possible an end to isolation for many, with an incalculable effect on American morale.  They not only reached out – but helped others reach out and reach back.  In a time of shared national anxiety, they moved mountains with generosity, can-do, courage, and their example.  See, https://newsroom.woundedwarriorproject.org/Wounded-Warrior-Project-Honors-the-Six-Triple-Eight-For-Black-History-Month.

A handful of Six-Triple-Eight members remain alive, including Army Private First Class Arleatha Helton, now 99.  In a 2020 interview, she was asked about her service.  In a nutshell, she said American soldiers needed help, many “were homesick,” “did not get any mail,” so she stepped up.  And, she added, “one thing I learned was to be more thankful for what I had.”  Now, there is heart.

Like the lady in Maine, she has lived through a lot – and from it takes solace, has unique perspective, understands how isolation can erode morale, and why giving matters, whenever one can.

Finally, when modern events challenge us to keep morale up, there is value in remembering that simple giving – short visits, hand-penned letters, unhurried calls, regular emails, and texts – for those struggling is a boomerang.  In giving, we get back far more than we deliver.

The third story is not original yet forever instructive.  We may feel that we have nothing to give, nothing of means – and yet giving in the form of time and concern, caring and outreach, is enough.  Saint Mark wrote of the widow who offered two mites, she gave all she could.

In this moment, fraught with competing complaints, protests, riots, rabbit holes, social media memes, and spendthrift political jockeying, simple things lift the heart – flowers, big oaks, daily purpose, and responding – however simply – to neighbors in need.  Giving time is, as our elders know, a way to spread joy – and spreading joy is joyous.  Simple, right?  The world is stressed, but some things stay constant – thank goodness!

Robert B. Charles served in the Reagan and Bush 41 White Houses, as Assistant Secretary of State under Colin Powell, and counsel to the US House National Security subcommittee for five years; a former litigator, he taught law at Harvard University’s Extension School, recently authored “Eagles and Evergreens” (2018), and consults in Washington DC.