The One-Ring Scam – The Beat Goes On! 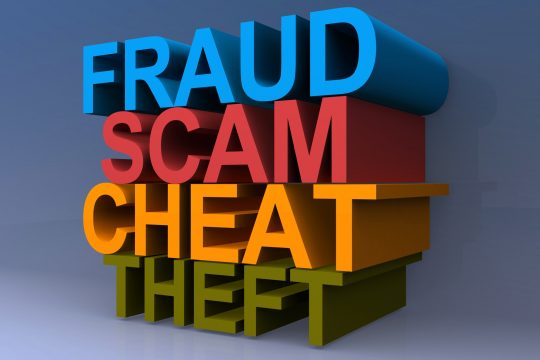 (Editorial Comment: After several months of recuperation from a serious illness, I’m happy to say that I’m getting back in the groove! On behalf of the AMAC Foundation, I apologize for the length of time since a new article has been added to this blog series, and I am looking forward to re-establishing a more regular series of posts going forward. Thank you for your understanding. Gerry Hafer, AMAC Foundation)

The scammers and fraudsters never seem to let up! It seems like every few days a new approach to bilking unsuspecting folks out of their heard-earned resources surfaces, and it keeps several government agencies busy tracking them and developing guidance to help protect the public. One of the more recent of these cons is called the “One Ring Phone Scam,” and it’s caught the attention of the Federal Communications Commission (FCC). The Commission recently published a consumer advisory describing how the “One Ring Phone Scam” operates, how to avoid its impacting you, and how to report it to the FCC. Here’s the advisory published by the FCC:

Every so often, your phone may ring once and then stop. If that happens to you, and you do not recognize the number, do not return the call. You may be the target of a “one-ring” phone scam.

One-ring calls may appear to be from phone numbers somewhere in the United States, including three initial digits that resemble U.S. area codes. But savvy scammers often use international numbers from regions that also begin with three-digit codes – for example, “232” goes to Sierra Leone and “809” goes to the Dominican Republic. Scammers may also use spoofing techniques to further mask the number in your caller ID display.

If you call back, you risk being connected to a phone number outside the U.S. As a result, you may wind up being charged a fee for connecting, along with significant per-minute fees for as long as they can keep you on the phone. These charges may show up on your bill as premium services, international calling, or toll-calling.

Variations of this scam rely on phony voice-mail messages urging you to call a number with an unfamiliar area code to “schedule a delivery” or to notify you about a “sick” relative.

How to avoid this scam

Don’t answer or return any calls from numbers you don’t recognize.
Before calling unfamiliar numbers, check to see if the area code is international.
If you do not make international calls, ask your phone company to block outgoing international calls on your line.
Always be cautious, even if a number appears authentic.
Filing a complaint with the FCC
If you are billed for a call you made as a result of this scam, first try to resolve the matter with your telephone company. If you are unable to resolve it directly, you can file a complaint with the FCC at no cost.

To obtain a formatted pdf of this advisory, click here.