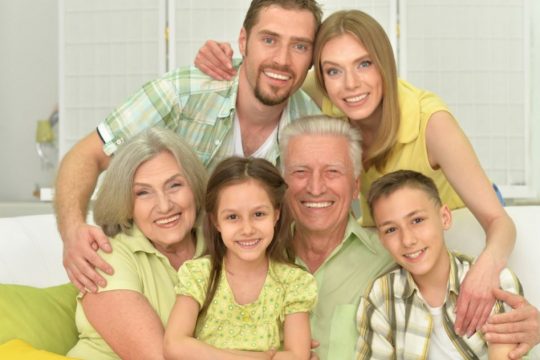 Many of us in the senior citizen ranks can probably recall families where multiple generations lived under one roof. In the years following the Great Depression, for example, it was most likely a dire necessity for families to pool their remaining resources and share living space until they recovered financially. In fact, according to a Pew Research report, more than 20% of American families (32.2 million residents) lived in multigenerational households where at least two generations co-habitated under one roof.

The 1950s through the 1980s saw the portion of families in multigenerational housing decline, and then begin to climb in the 1990s. Now, late in the second decade of the 21st century, this portion continues to climb, despite the recent improvements i the nation’s economic outlook. Today, 64 million Americans share living arrangements with multiple generations, sometimes with more than two generations housed under one roof.

For many, this is a simple fact of economic life. The “Great Recession” of 2008, for example, forced an inordinate number of families out of financed housing and into living arrangements with parents or grandparents–a situation which lingers for m any today. Other families, though, have embraced the multigenerational living concept for a different set of reasons, not the least of which is the recognition that there are clear positives to this type of arrangement. In situations where close care-giving is a necessity, the proximity is a valuable improvement. Grandfamilies, too, where grandparents are called on to raise grandchildren, also make the reality multigenerational living a indispensable. Then there’s the sheer joy of being close to family that enables the sharing of history across age groups. Perhaps one of the best summation of this shift in housing demographics comes from Bill Thomas, M.D. in a recent Parade.com article: “We’re shifting from an age-segregated world to an age-integrated world.”

So, while the trendlines show a clear and steady uptick in multigenerational households, what are the options available to those who choose this approach to family integration? Well, if you home physically has the capacity to house multiple generations under one roof, that’s often the 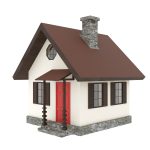 most expedient way to get there. But there are other approaches that might work better. You’ve probably heard of “granny pods,” described by Metal Building Homes as “home-like structures have everything your parent needs to lead an independent life, yet the structure is small enough to fit in most backyards.” And then there’s the emerging concept of ECHO (Elder Cottage Housing Opportunity), where temporary housing is set up in a family’s backyard, used for a period of time, and then relocated to fill a need elsewhere. It’s a concept implemented successfully by the Clearfield County (PA.) Area Agency on Aging and other organizations to facilitate interaction between multiple generations and to “provide safety and autonomy for older adults along with easy access to family members who can provide assistance.”

Growing old is inevitable, but growing old alone and isolated doesn’t need to be. As the sources cited above indicate, there are a number of viable and emerging approaches to the affordable accommodation of multiple generations that may help relieve the burden.