Let’s Not Give Up on the News! 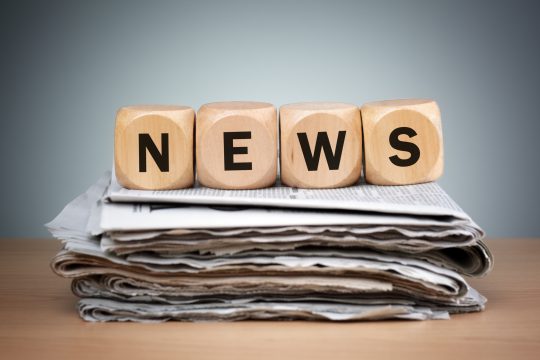 The news these days just doesn’t seem to be what it always was…a source of unbiased reporting on the events that affect our lives. You know, like “Just the facts.” As a youngster growing up, I took great pleasure in reading the daily newspaper and then, later in life, tuning in to news broadcasts on television and then, even later in life, checking out internet-based news sites and blogs to catch up on important items I may have missed. Checking the news was always something that gave me a sense of being in the know, understanding the world around me. Lately, I’m not so sure.

There’s quite a bit of media bashing going around, with constant shouts of “fake news,” “media bias,” etc. and I won’t say it’s necessarily undeserved. But for someone like me, the question becomes “Whom to you believe?,” or “What’s the real story here?” or even “What details have been left out?” And maybe even more generally, what happened to integrity in the world of news journalism? With these questions in mind, I took comfort from reading an article posted today on the AMAC.us website by AMAC Foundation Board of Directors member John Grimaldi. His insightful essay is helpful in that it gives some reassurance that there is still a code of ethics in play in some quarters, and that there are reporters that still apply their craft seriously and honestly.

Here are the opening paragraphs of John’s article, along with a direct link to the full article on the AMAC.us site:

In 1964 I was a young reporter at the American Forces Network headquarters news desk in Frankfurt, West Germany.  My editor — a crusty, chain smoker who routinely tossed copy back at me and said just two words, “fix it,” – had assigned me to cover the controversial Johnson- Goldwater presidential election campaign.  “Fix it,” he said tossing my first story back to me.  He’d done a word count and was concerned that I had devoted 10 or 15 extra words to Mr. Goldwater.  He saw it as bias.  I learned my lesson.

It was a lesson about integrity.  Without that quality journalists become irrelevant.  They become partisan hacks.  They become hit men for personal causes.  More important, they erode the confidence the public had in them and in all news reporters.  It’s their job to provide the facts; it is the readers’ prerogative to interpret those facts.  We don’t need the spin of a biased newsman.

The majority of journalists and their editors still adhere to the rules and most publishers offer swift justice in the form of pink slips for those who stray.  But, it seems that these days it has become difficult, at best, to know when a report in a newspaper or on TV is actually news or a personal opinion. Continue reading…