Let’s Get the Facts Straight… 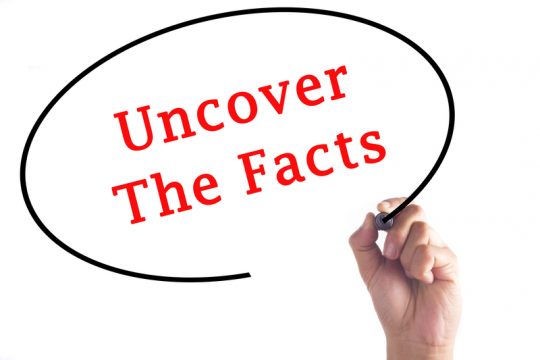 We’re nearing the end of a tumultuous presidential election cycle, and it certainly hasn’t been a quiet period of time for most Americans no matter which side of the fence they occupy. On top of all that, and often overshadowing the political gyrations, our collective conscious has had to deal with the relentless accounts of COVID-19 and its human, moral, and economic consequences.

As citizens of a great country, most of us dutifully try to absorb what’s thrown at us, and we seriously try to understand it and develop perspective on what the claims, allegations, and just plain statements really mean to us. But it’s tough! Who do you believe? What’s behind the news accounts peppering the airwaves? How do you measure the impact of comments? How accurate are the narratives we’re hearing? In short, who do you trust?

There’s an old saying, especially true here in Florida–where an estimated 900 new residents arrive daily–that moving into a new place gives you automatic access to two experts: your neighbor on the left and your neighbor on the right. While that’s probably OK for local rules and neighborhood regulations, conjecture on larger, national issues is not that simple. You want to be polite and thankful for the “guidance,” but you also want to verify what you’re being told. You know, “trust but verify.”

So, where does one go to find out the facts, or to get the information needed to understand implications? Making up one’s own mind on the rhetoric requires background, and that’s not always easy to find–especially where government information is involved. Well, here’s one source: USAFacts, a non-profit organization created by former Microsoft CEO Steve Ballmer three years ago with a goal of delivering politically-neutral data into the hands of taxpayers and the general public.

As the USAFacts website explains, the organization provides “a data-driven portrait of the American population, US governments’ finances, and governments’ impact on society.” Adding credence to its mission, the material available on the USAFacts.org website is presented in understandable language, using informative graphics and clear, logical categorizations that make it fairly straightforward for citizens to drill into subjects to round out their level of awareness on key topics. For example, we hear quite a bit about our trade imbalance and the fact that America imports more than it exports, but exactly how large is the imbalance, and exactly what types of products are we importing an exporting? On the economy, what’s the median household income these days? On the election front, what portion of each state’s registered voters choose to submit ballots by mail? And on and on…the wealth of data is both interesting and mond-boggling!

Steve Ballmer is sometimes referred to as “Evangelist of facts” as a result of his passion for setting the record straight. USAFacts has even been recognized with a Webby Award by The International Academy of Digital Arts and Sciences in the category of Government & Civil Innovation. In any event, Ballmer and his partners–including Penn Wharton Budget Model from the University of Pennsylvania, the Stanford Institute for Economic Policy Research and Lynchburg College–have produced a treasure trove of important and relevant data designed to help folks like you and me make sense of what’s going on around us.

Take a look at USAFacts.org…it’s well worth getting familiar with what Ballmer calls “a critical tool for strengthening democracy via timely, digestible and objective information.”