It’s not about dying at a very ripe old age; it’s about preserving the quality of life as we grow old 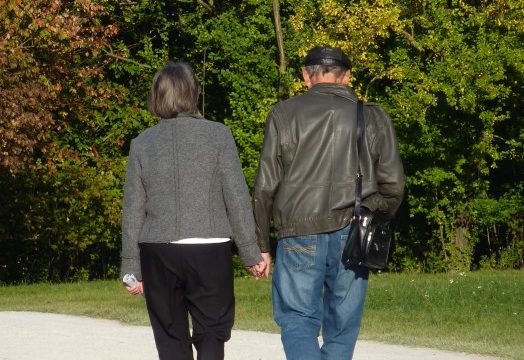 Longevity is an area that many of our constituents have a keen interest in, and one that we’ve published articles on in the past. In addition, our affiliate organization recently published an article directly related to the longevity issue. Take a look at thie February 27, 2020 article posted by Foundation board member John Grimaldi on the AMAC website….

“We live in a brave new world– an age of scientific shock and awe dominated by wonders that will never cease. Take the well-funded projects that seek to extend human life. One scientist, Aubrey de Grey, a gerontologist, no less, is convinced that people can live longer than anyone has ever imagined — as long as 1,000 years,” according to the Association of Mature American Citizens [AMAC].

De Grey may well be off-base with his prediction; he certainly has his detractors.  The Week, a news magazine with U.K. and the U.S. circulations, reports that at least 28 aging experts have expressed doubts about de Grey’s theories. One of them, Professor Richard Miller of the University of Michigan, an expert on the genetics of aging, called de Grey’s life-span goal “so far from plausible that it commands no respect at all within the informed scientific community.”

But, says Robert Charles, National Spokesman for AMAC, “it’s not about dying at a very ripe old age; it’s about preserving the quality of life as we age. And so, if his true goal is to ease aches, pain and disease as we grow older, than it is worthy of support. ”

Charles says Dr. de Grey’s prediction that man can live for as long as ten centuries appears to be a way to make the point that we should not be hampered by the infirmities of old age. “ Dr. de Grey is a controversial figure in the scientific world, indeed, but he does not appear to be a crackpot. He has the bona fides to make bold prophecies. He’s the Chief Science Officer of SENS Foundation, a California-based charity dedicated to combating the aging process. He is also Editor-in-Chief of Rejuvenation Research, a peer-reviewed journal focused on intervention in aging.”

It should be noted that there are others seeking a so-called “ solution for aging .” The mega-tech company, Google, in fact has put up $1.5 billion to achieve that goal.

Intervention is what de Grey is all about but the idea that science might be able to create a world where human lifespans might be extended for so long is what makes headlines, Charles explains.

As de Grey put it in an interview with the U.S. edition of The Guardian : “Basically, the body does have a vast amount of inbuilt anti-ageing machinery; it’s just not 100% comprehensive, so it allows a small number of different types of molecular and cellular damage to happen and accumulate. The body does try as hard as it can to fight these things but it is a losing battle. So we are not going to be able to do anything significant about ageing without hi-tech intervention – which is what I’m working on.”

He and his colleagues at the SENS Research Foundation say they are targeting seven basic ways the body breaks down as we age and the stuff that weakens our bodies in our later years. They are researching techniques such as “biohacking” to prevent cell degeneration and ways to allow the body, itself, to remove damaged cells. They also hope to identify methods, including pharmaceuticals, that might turn off the body’s aging process.

“God bless them if they succeed. Aging without growing pains would be a blessing for the fastest growing segment of America’s population — senior citizens — even if we only get to live to a mere 100 years,” says Charles, an advocate for those of us getting along in years.

The 2 million member Association of Mature American Citizens [AMAC] [ https://www.amac.us ] is a vibrant, vital senior advocacy organization that takes its marching orders from its members. We act and speak on their behalf, protecting their interests and offering a practical insight on how to best solve the problems they face today. Live long and make a difference by joining us today at https://amac.us/join-amac .