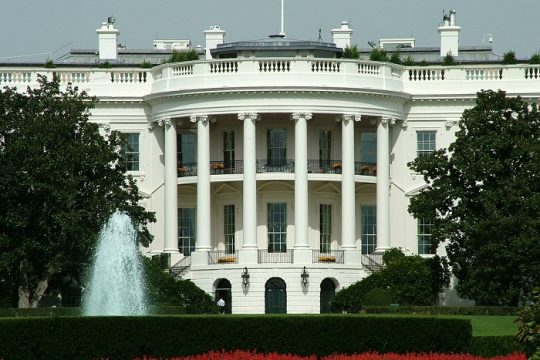 President Trump has proclaimed March 1-7 as National Consumer Protection Week for 2020, and has outlined the commitments his Administration has made to protecting the the consuming public, including the establishment of the Task Force on Market Integrity and Consumer Fraud. The President’s official proclamation as it appears on whitehouse.gov is presented here in its entirety as part of the AMAC Foundation’s mission of supporting and educating America’s seniors.

Since my election, the United States economy has experienced a historic revitalization.  Americans across our country have been the beneficiaries of and the driving force behind this extraordinary resurgence.  Wages are growing at their fastest rate in a decade; the unemployment rate has reached its lowest level in half a century; and for the first time on record, there are more job openings than unemployed Americans.  The vitality of our economy has led to high levels of consumer confidence.  Even as we grow more prosperous, however, we must remain vigilant for bad actors seeking to harm and exploit honest and hardworking people through deception and other nefarious tactics.  During National Consumer Protection Week, we reaffirm our commitment to safeguarding the American consumer from malicious practices and strengthening our efforts to prevent and prosecute fraud.

Scammers erode consumer confidence, impede the success of businesses, and steal hard-earned money from Americans.  A popular tactic deployed by these corrupt individuals is to exploit Americans’ trust in their government by falsely claiming to be a government employee or to be affiliated with a government agency.  In 2019 alone, my Administration recorded nearly 400,000 reports of criminals representing themselves as affiliates of the Social Security Administration, law enforcement agencies, the Department of Health and Human Services, and the Internal Revenue Service.  Some of these con artists tell people that their Social Security number has been suspended and threaten to freeze their assets unless they comply with demands for money or personal information.  Frightened consumers are tricked into sending away thousands of dollars, mistakenly believing their money will be more secure or that they will avoid fines or penalties.  These types of ploys can be especially harmful to retired Americans who rely on monthly Social Security payments as their main source of income.

To protect yourself from these vile criminals, do not trust caller ID, which scammers can easily manipulate to conceal their identity.  Never respond to unsolicited incoming calls or correspondence.  Instead, contact the real agency on your own.    Additionally, report the potential imposter immediately to the Federal Trade Commission.

My Administration is committed to using every available resource to protect consumers and bring the perpetrators of these crimes to justice.  That is why I signed an Executive Order establishing the Task Force on Market Integrity and Consumer Fraud to enhance efforts by the Department of Justice  to investigate and prosecute cases of fraud on behalf of Americans, including the elderly, veterans, and service members.  In order to help Americans better protect themselves against identity theft, I also signed into law legislation allowing consumers to contact each of the three major credit reporting agencies and to have their credit reports frozen for free.  Additionally, last year, the Department of Justice announced the largest ever coordinated elder fraud enforcement action, which identified more than 260 defendants who had victimized more than 2 million Americans.  The Department of Justice has also taken strong action to block foreign scammers from making billions of fraudulent robocalls to American consumers.

During National Consumer Protection Week, government agencies, industry representatives, community groups, and consumer organizations come together in support of the same mission — protecting our Nation’s consumers.  Consumers are at the heart of our thriving economy, and protecting them must be a shared goal throughout government and across the private sector.  This month, we remind all Americans to avail themselves of public and private resources available to them to safeguard their personal and financial information and to protect against fraud.

NOW, THEREFORE, I, DONALD J. TRUMP, President of the United States of America, by virtue of the authority vested in me by the Constitution and the laws of the United States, do hereby proclaim March 1 through March 7, 2020, as National Consumer Protection Week.  I encourage individuals, businesses, organizations, government agencies, and community groups to take advantage of the broad array of resources offered by the Federal Trade Commission, the Consumer Financial Protection Bureau, and the Department of Justice, and to share this information through consumer education activities in communities across the country.

IN WITNESS WHEREOF, I have hereunto set my hand this twenty-eighth day of February, in the year of our Lord two thousand twenty, and of the Independence of the United States of America the two hundred and forty-fourth.