If there was ever a time, this is it. 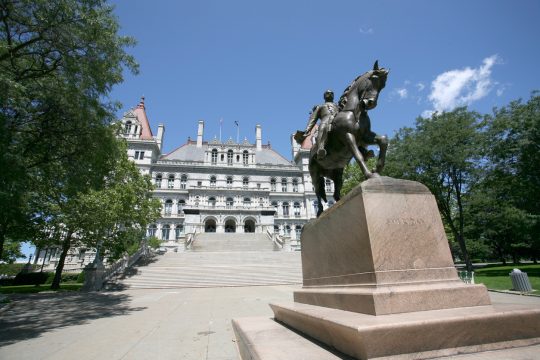 AMAC spokesman Robert Charles is an ardent student of American history, often penning insightful articles honoring prominent contributors and key events in the evolution of our country. His vivid and delightful accounts of historical figures and happenings are the types of renderings that can help us retain a sense of who we are and from where we came. This specific article is particularly poignant at this point in current events since, as he notes, “If there was ever a time, this is it.” With Mr. Charles’ permission, we are sharing one of these reflective stories, a version of which previously appeared on the AMAC.us History and Culture page. Enjoy…

Profile of A Great American

Where are future leaders? Those who will run, lead, and who love America? Those who will put personal pain, risk, and opportunity to the side and serve our nation? They live among us, as they always have – but must be encouraged, inspired to step up, reaffirmed, reminded they are not alone.

As a boy, he spent time in the Maine woods, became an avid outdoorsman, loved to observe nature, shoot, and stuff birds. But he was sickly, often confined to bed – ailment uncertain.  Mother worried; he loved her. Father too, loved him.  Then, by good fortune, he got into Harvard.  Doctor told him – he had a bad heart and asthma, must lead a sedentary life.

Never tell a young man of conviction what he must do, what he cannot do. He joined the boxing team, began riding horses, decided to risk it all – and build himself up.  In time he fell in love with a girl named Alice. Just when things seemed promising, his father – whom he adored – died, age 46.  He graduated, married Alice, and a year later, they were expecting a baby. He began Columbia Law School, was serving in the New York legislature, got a name fighting corruption.

Unfortunately, in childbirth, Alice died.  Same day, his mother died typhoid.  Adversity piled on adversity. He up and headed west. Bad eyesight, he took dozens of eyeglasses. Having gotten stronger physically, he got stronger emotionally. He rode every day, became a cowpuncher, worked to exhaustion, rose at dawn – never talked of Alice. Ever.

Time passed.  Friends and family reminded him principled leadership was rare; he was needed. He returned east, became a police commissioner – head of the New York City Police, fired 10,000, demanded they pass a moral and physical test.

He infuriated the Republican establishment, turned into the wind. Catching President McKinley’s attention, he became Assistant Secretary of the Navy, then resigned to lead Harvard and rough-cut westerners for a free Cuba. Imagine that!

Close friends wanted him away from danger; he would have none of it.   God spared him in combat, for which he later earned a Congressional Medal of Honor, only see him win New York’s governorship, have McKinley ask him to serve as vice presidential candidate, when then-vice president Garret Hobart died in office.

Now, the clock spun.  The young man was despised by the corrupt New York establishment, which made him popular with the public.  Suddenly, as often happens in history, lightning struck again. McKinley was assassinated. Now, the boy who loved Maine, North Dakota, stuffing birds, riding horses, combat, and America – was president.

What is the point, and who was this “never say never” patriot? Who was this boy, who boxed and rode when told not to? Dared and did, loved and lost, then loved again, had four sons, one of whom was first on the Beaches of Normandy – and also won the Congressional Medal of Honor?  He was a man of principle, who never backed away – in toughest times.

This boy who loved birds … created more national parks than anyone before or since, from Maine to Washington. This boy who loved America – created the Great White Fleet, ended the Russo-Japanese war, won the Nobel Peace Prize.

This boy who was called – went.  He rose to defend family, state, nation, and ultimately the world, taking America to a position of global leadership never relinquished, if also never imagined.  Who was he?  Theodore Roosevelt, a can-do, brash, invariably intrepid leader, who loved family, mission, and America. May his example light our way – and lift those around us to heights.

If there was ever a time for leadership, this is it. Even today, we have among us good, principled, courageous, honest, daring young people and those who can – this minute – step up. We have had them in every era, in times of need, and we do – if they will step up – have them now. We must encourage them, those around us, to step up for America.  TR would.

2 comments about “If there was ever a time, this is it.”