Got Your Flu Shot Yet? 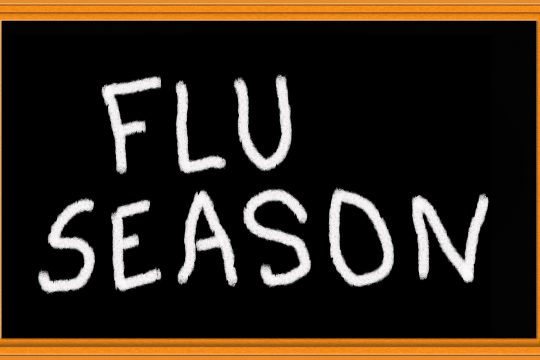 Yes, it’s that time of the year again…flu season, and the Centers for Disease Control [CDC] is once again stressing that seniors 65 years old and older are at risk. The Association of Mature American Citizens (AMAC) likewise recognizes the importance of managing this risk, and has issued an alert to the public addressing the importance of precautionary measures. AMAC’s October 4 bulletin explains the reasons why these measures are critical and addresses some of the misconceptions associated with vaccines and flu shots. The bulletin published by AMAC is repeated here:

Get your flu shot early this year, particularly if you are 65 or over, says AMAC

WASHINGTON, DC, Oct 4 — “Almost all people who get influenza vaccine have no serious problems from it,” according to the Centers for Disease Control [CDC]. And, if that doesn’t motivate you to get a flu shot this year, the “ CDC estimates that influenza has resulted in between 9.3 million and 49.0 million illnesses, between 140,000 and 960,000 hospitalizations and between 12,000 and 79,000 deaths annually since 2010.”

“As you get older, your immune system gets weaker and you become more susceptible to the flu virus, so get your flu shots early,” cautioned Dan Weber, president of the Association of Mature American Citizens.

In fact, the Centers for Disease Control [CDC] says that seniors 65 years old and older are at greatest risk of dying from the flu. The CDC reports that “between about 70 percent and 90 percent of seasonal flu-related deaths have occurred in people 65 years and older and between 50 percent and 70 percent of seasonal flu-related hospitalizations have occurred among people in that age group.”

The flu season starts in late September and early October, but it takes about two weeks for the vaccine to become fully effective. So, Weber urges everyone to get their shots as early as possible, noting that the vaccine is fully covered by Medicare. He suggests setting up an appointment with your family doctor to get vaccinated sooner rather than later or visit the CDC’s vaccine finder Web site [www.cdc.gov/flu/freeresources/flu-finder-widget.html] to find locations near you where the vaccine will be available.

“There are a lot of myths out there about vaccines, in general, and flu shots, in particular, that suggests offer reasons why not to get immunized against the flu. Perhaps the most senseless misconception people might have is that they need not be vaccinated every year to be protected. The most important reason for getting a shot every year is the simple fact that in the course of a year the vaccine loses its effectiveness. In addition, the makeup of the flu virus, itself, changes each year so a new vaccine needs to be produced annually. And, that is why the CDC strongly recommends that everyone six months old and older should be immunized at the onset of flu season.

The 2 million member Association of Mature American Citizens [AMAC] [ https://www.amac.us ] is a vibrant, vital senior advocacy organization that takes its marching orders from its members. We act and speak on their behalf, protecting their interests and offering a practical insight on how to best solve the problems they face today. Live long and make a difference by joining us today at https://amac.us/join-amac .