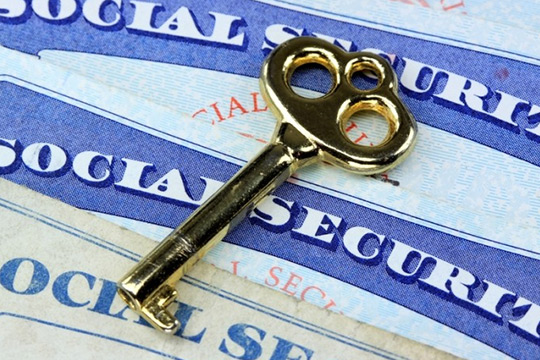 Good News: A 2018 Increase for Social Security Beneficiaries, But More Needs to Be Done, says AMAC

WASHINGTON, DC – The good news is that Social Security beneficiaries will get a 2% boost in their checks in 2018 compared to the stingy three-tenths-of one-percent increase awarded in 2017, according to Dan Weber, president of the Association of Mature American Citizens [AMAC].  “And, of course you will recall that in 2016 the Obama Administration saw fit to skip paying out a cost of living raise completely.”

The bad news, says Weber, is that Social Security still needs fixing.  The population is aging and people are living longer, thanks to the miracles of modern medicine.  “And, that is causing a drain on the funds available to pay benefits in the years ahead.  If we sit around and twiddle our thumbs we surely would see benefits reduced sometime in the not-so-distant future.  But that does not have to be.  For one thing, we can up the eligibility age just enough to help balance the books and we can make other changes.

When the Social Security Administration announced the increased 2018 COLA payout, it also announced that the maximum amount of earnings subject to the SSA payroll tax would also increase.  It will go from the current $127,200 to $128,700.  But there is a lot more that can to be done, Weber insists.

He says that, for example, AMAC is promoting a legislative proposal that would restore solvency to Social Security. It would include a provision to increase the retirement age at which time individuals would be eligible for benefits.  It would add three months each year in the coming years so that the normal retirement age would increase to age 69 in time, instead of the present age 66-67.

Weber points out that for many elderly Americans, Social Security is what puts food on their tables.  It’s their principal source of income, meager as it might be, and they would face cruel hardships if their monthly checks were cut.  So, he says, the proposal would increase the benefits paid to lower income earners but would gradually lower benefits for higher income earners.

“Surely, the needs of poorer beneficiaries must be addressed more completely and our solution, AMAC’s Social Security Guarantee would do just that.  It would provide beneficiaries earning a household income of $20,000 or less with an annual COLA of three to four percent.  Recipients with incomes ranging from $20,000 to $50,000 would receive an annual cost of living increase of 1.5% to 3% maximum.  And, those earning $50,001 or more would collect increases of 1% to 2%.” These increases will be guaranteed every year, unlike the present formula that only allowed an increase in 7 out of the last 10 years.

Social Security was established in 1935 and it was meant to be a safety net in retirement.  But, many older Americans are foregoing retirement in order to maintain 21st Century lifestyles.

“To address the shortfall,” says Weber, “we’ve included in our proposal an Early Retirement Account as a way for those paying into Social Security to have some control of how their money is invested.  It’s similar to an IRA or a 401(k) plan,” he says.

The AMAC chief adds that,” the ERA is a voluntary payroll deduction plan. Under our proposal, the basic benefits of Social Security would remain, with the ERA funds giving worker additional money at retirement. Presently 50 million workers have no pension or 401K plan.

And, in order to ensure that the funds in the Early Retirement Account will not be lost through investments with extreme risk, half of the moneys in the ERA accounts would have to be invested in guaranteed interest products such as government bonds or annuity contracts.  The worker would be free to put the balance in any other investments that meets certain suitability standards.”

Weber points out that workers opting for the supplemental ERA would earn a substantial amount of extra income when they retire, in addition to their regular earned Social Security benefits.  “For example a 25-year-old who contributes only $15 a week to an ERA is projected to have $165,407 in additional money by retirement.  Increase the amount to $45 a week and the windfall would be $352,389 upon retirement.”