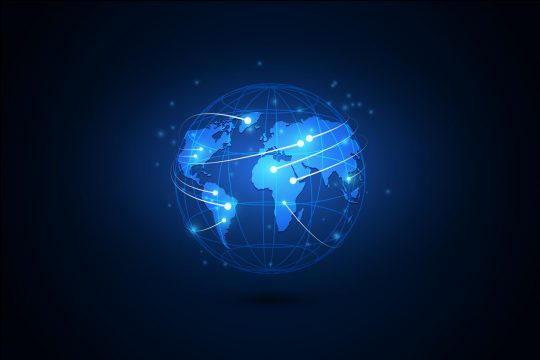 Many Seniors have the perception that a high percentage of fraud situations perpetrated on them are related to the unlicensed contractor who takes a down payment or advance payment and never shows up, or the lawn service that takes a year’s fee in advance and then disappears, or the door-to-door solicitor who executes false documents just to gain access to personal information. Certainly, there are quite a few of these types of cases, but the off-shore element of this crime wave is becoming more and more organized and has evolved to the level of a major threat to older Americans.

A little over two years ago, the U.S. Department of Justice formally announced the formation of its Transnational Elder Fraud Strike Force initiative, setting up an agency that “investigates and prosecutes individuals and organizations engaged in foreign-based fraud schemes that disproportionately affect American seniors.” In announcing the initiative, then-Attorney General Bill Barr set the stage with this summary assessment, “Fraud against the elderly is on the rise. One of the most significant and pernicious causes for this increase is foreign-based fraud schemes.”

The Transnational Elder Fraud Strike Force is a joint law enforcement effort composed of the Civil Division’s Consumer Protection Branch, the United States Attorney’s offices for six federal districts (Central District of California, Middle and Southern Districts of Florida, Northern District of Georgia, Eastern District of New York, Southern District of Texas), the FBI, and the U.S. Postal Inspection Service, along with other organizations, focusing on investigating and prosecuting individuals and entities associated with foreign-based fraud schemes that disproportionately affect American seniors. These include telemarketing, mass-mailing, and tech-support fraud schemes.

The Transnational Elder Fraud Strike Force has been a major player in the crackdown on fraud affecting seniors, including the 2020 prosecution of more than 400 defendants whose schemes totaled more than a billion dollars. Last March, FBI Director Christopher Wray commented that the prosecutions demonstrated ” …the great success of the Transnational Elder Fraud Strike Force to identify and stop those who are targeting our senior communities from overseas.”

One of the recent publications launched by the Transnational Elder Fraud Strike Force spells out the most frequent fraud situations faced by seniors:

Fraudsters make telephone calls and claim to be computer technicians associated with a well-known company or they may use internet pop-up messages to warn about non-existent computer problems. The scammers claim they have detected viruses, other malware, or hacking attempts on the victim’s computer. They pretend to be “tech support” and ask that the victim give them remote access to his or her computer. Eventually, they diagnose a non-existent problem and ask the victim to pay large sums of money for unnecessary – or even harmful – services. Tech Support Scams operating from abroad often use U.S.-based money mules (including legitimate-seeming businesses registered in the U.S.) to receive victim payments and transmit proceeds to perpetrators. Refund scheme

After victims make payments, perpetrators often call back and offer refunds to victims, claiming their tech support services are no longer available. Perpetrators claim to send refund money to the victim’s bank account but falsely claim that too much money was refunded. Perpetrators then induce victims to send payments (often through stored-value cards such as gift cards), purportedly to reimburse the tech support company for its “over-refund.” Victims have lost hundreds or thousands of dollars to this refund scheme. Source: Federal Trade Commission

Fraudulent telemarketers based in Jamaica and other countries are calling people in the U.S., telling them that they have won a sweepstakes or foreign lottery. The fraudulent telemarketers typically identify themselves as lawyers, customs officials, or lottery representatives, and tell people they have won vacations, cars or thousands — even millions — of dollars. “Winners” need only pay fees for shipping, insurance, customs duties, or taxes before they can claim their prizes. Victims pay hundreds or thousands of dollars and receive nothing in return, and often are revictimized until they have no money left. Lottery Scams operating from abroad often use U.S.-based money mules to receive victim payments and transmit proceeds to perpetrators. Source: U.S. Embassy in Jamaica

IRS Imposter Scams are aggressive and sophisticated phone scam targeting taxpayers. Callers claim to be employees of the IRS, but are not. They use fake names and bogus IRS identification badge numbers. Victims are told they owe money to the IRS and it must be paid promptly through a wire transfer or stored value card such as a gift card. Victims who refuse to cooperate are threatened with arrest, deportation, or suspension of a business or driver’s license. IRS Imposter Scams operating from abroad often use U.S.-based money mules to receive victim payments and transmit proceeds to perpetrators. Source: Internal Revenue Services

Millions of Americans use dating sites, social networking sites, and chat rooms to meet people. And many forge successful relationships. But scammers also use these sites to meet potential victims. They create fake profiles to build online relationships, and eventually convince people to send money in the name of love. Some even make wedding plans before disappearing with the money. An online love interest who asks for money is almost certainly a scam artist. Romance Scams operating from abroad often use U.S.-based money mules to receive victim payments and transmit proceeds to perpetrators. Sometimes, perpetrators of Romance Scams convince victims to serve as money mules, receiving illegal proceeds of crime and forwarding those proceeds to perpetrators. For example, Romance Scam victims often are induced to receive payments and/or goods such as technology equipment procured through fraud and to forward those payments and goods directly or indirectly to perpetrators. Source: Federal Trade Commission

The Strike Force encourages use of the scheme names listed above to enable those combatting financial exploitation to speak a common language in discussing and reporting incidences of elder fraud.