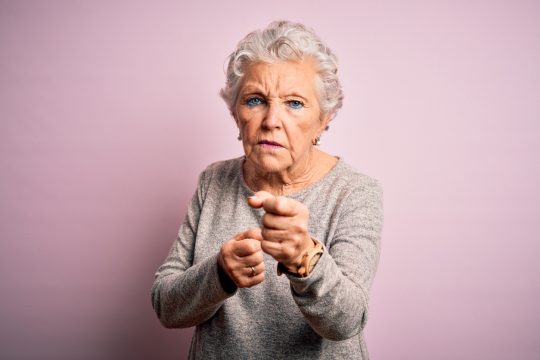 Editorial Note: This article was posted July 29, 2021 as a press release on the AMAC.us website. It was written by AMAC Foundation board member John Grimaldi, and draws attention to a persistent complaint voiced by just about everyone in the consuming public!

WASHINGTON, DC, July 30 — Consumers are victims of a packaging industry so focused on protecting the goods they’re selling that they are ignoring the needs of buyers, particularly seniors.  Perhaps they are ignorant of the fact that shoppers of all ages are fed up with the agony of struggling to cut through the plastic wrapping used to protect goods such as razor blades, toys and even medications.  They’ve had it with child-proof pill containers.  And they reel against those directions and warnings on packages that are so tiny you need a magnifying glass to read them.

Surveys show that the packaging crisis is real.  One such poll of 2,000 consumers found that a large majority — 66% of them — say they “suffer from wrap rage” when they get home and try to open over-packaged goods.  Forty percent of them reported that they have hurt themselves in the process and 25% say they have had to use scissors, knives, screwdrivers and even hammers to get through the packaging.  Another survey found that 75% of respondents believed that packaging these days is harder than it needs to be and that 67% are downright “frustrated” by modern-day packaging.

It’s no contest.  Plastic clamshell packaging takes the cake when it comes to the “hard-to-open” category.

Consumer Reports magazine used to have an annual feature focused on packaging.  In one of the last such articles it published were invariably those wrapped in clamshells: a toy that took more than 15 minutes to open; a cordless phone that took nine minutes to unpack; and a toothbrush “housed in a sealed, hard-plastic clamshell package and has such a tight fit between the plastic skin and cardboard that it was all but impossible to open with scissors. When the tester finally succeeded in opening the packaging her worktable was littered with sharp plastic shards.”

So why doesn’t the packaging industry heed the message and do away with clamshells?  It’s all about shoplifting.  Razor blades are packed in those plastic bubbles for that reason, notwithstanding the fact that most retailers keep them locked up, requiring store staff to personally hand over the merchandise.  After all, razor blades are small and easy to hide, they are expensive and, thus, are easy to sell in the black market.

There are other reasons plastic clamshells are preferred by retailers.

They are see-through and allowing a potential customer a chance to take a peek at what they are buying makes it easier to make the sale.  And then there is transport.  Clamshells help protect sensitive products in the shipping process.

Okay.  But what about hapless consumers who risk injury and frustration trying to open their purchases when they get home?

Perhaps the trade publication Plastics Today answered that question when it made this suggestion to the makers of plastic clamshells: “While it might seem a bit unlikely to envision people hurting themselves with packaging, I have to say I’ve resorted to using scissors before when trying to open clamshell packaging. Luckily, I haven’t received an injury (yet) as a result of using a ‘weapon.’ But it might just make good business sense for packaging designers to come up with a package that still utilizes the clamshell design but is just easy to open. Now that would be a great display of innovative packaging.”

Another editorial comment: John Grimaldi’s remarks in this article are on the mark regarding this recurring frustration. I’ve experienced it myself. But I’d just like to add one additional issue…on those occasions when an item must be returned for any reason, the destruction of the original packaging presents an issue. In fact, some products carry the directive that, for replacement, items must be returned in their original packaging! If it’s been destroyed, that’s just a little bit problematic, wouldn’t you say?