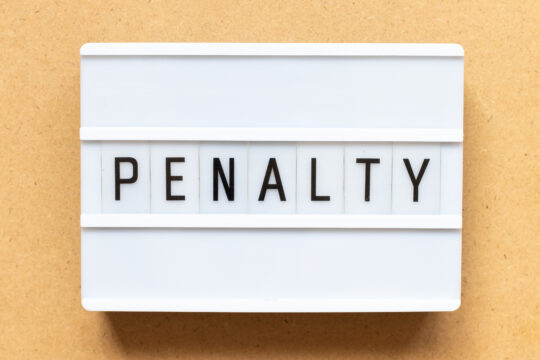 Each day approximately 10,000 baby boomers reach Medicare age, and many have no idea what’s required of them, enrollment-wise, prior to receiving their benefits. And not knowing what to do when, can be costly. The writer found this out the hard way.

Medicare’s rules, regulations, and requirements, unfortunately, are not widely publicized, except for in government publications, and they can be confusing.   These two factors coalesce into a costly and largely avoidable scenario where Americans – when they can least afford it – may end up having to pay Late Enrollment Penalties (LEP), for life or, as long as they have Medicare.

Here’s what I wish I knew as I approached that magical age of 65:

Unlike the prescription drugs that many Americans are saddled with, these LEPs do not have an expiration date – they are for life or for as long as the individual has Medicare. A penalty, depending on which part of the plan, can increase your monthly premium by as much as 27%. 1

In attempting to do due diligence, the writer visited a Social Security office in late 2019 to find out what I needed to do to receive Medicare benefits. In that I had reached that magical age almost a year earlier, I was already too late to avoid the LEP for Part D!  But I did not know this, nor was this communicated to me by the civil servant. Instead, I was handed an imposing, book entitled, Medicare and You, that appeared to be at least one inch thick. The company I worked for at the time, did not provide a prescription drug plan, or health insurance of any kind for that matter and, as I rarely get sick and even more rarely use prescription drugs, opting for natural remedies instead, I decided not to invest in a private health plan. So, when I signed up for Medicare I was thus penalized and am just one of 10’s of thousands of Americans who pays a LEP as a part of my Medicare payment.

As my insurance agent assured me, I had the option to drop Part D all together and pay much higher premiums on my plan. So, either way you pay.

(Possible) Good News on the Horizon

A bipartisan bill (Casey/Young) was introduced earlier this year in the Senate that would require the federal government to inform the public about Medicare enrollment rules before they reach 65, the Medicare-eligible age. Although some Americans are automatically enrolled in Medicare, not all are, due to more people working later in life and delaying Social Security. This new bill2 advocates including information on Social Security statements, beginning at age 60, that explains the rules for Medicare enrollment so that those nearing Medicare eligibility age are informed and understand their responsibilities for signing up.

In the writer’s opinion, the passage of this bill will go a long way towards clarifying Medicare’s rules as well as helping seniors to avoid the LEP pitfall and to keep more money in their pockets. It would be smart though not to wait on this, but to do your homework as earlier as possible, and definitely before you turn 65.  Local libraries offer Medicare seminars and of course there are many YouTube videos and government links to educate yourself. A word to the wise.

2  Note: The bill is known as Benes 2.0 (Beneficiary Enrollment Notification and Eligibility Simplification Act) and will augment an earlier Benes bill passed in 2020.

This article has been contributed by John Patrick Buckwell for sharing with readers as part of the AMAC Foundation’s role in helping enrich the lives of America’s seniors.

Notice: The link provided above connects readers to the full content of the referenced information. The URL (internet address) for this link is valid on the posted date; AmacFoundation.org cannot guarantee the duration of the link’s validity. Also, the opinions expressed in these postings are the viewpoints of the original source and are not explicitly endorsed by AMAC, Inc. or the AMAC Foundation, Inc. Providing linkage to external websites does not constitute endorsement of products or services advertised thereon.