AMAC: Homelessness Among Senior Citizens is a Form of “Elder Abuse” 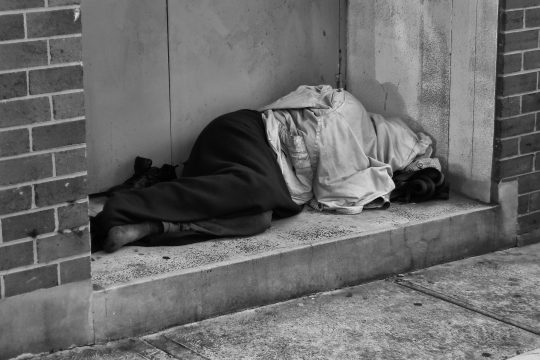 Too many of America’s elderly are aging on the streets.  They need our help.

(Originally published on AMAC.us by Foundation Board Member John Grimaldi)

WASHINGTON, DC – Here’s a startling statistic from the Department of Housing and Urban Development [HUD]: “the homeless population is aging faster than the general population in the United States.”

Dan Weber, president of the Association of Mature American Citizens [AMAC], calls it “a shameless embarrassment in a country with a tradition of helping the needy.  Growing old is a condition we all have to live with.  But too many of America’s elderly are aging on the streets.  They need our help.”

Weber points out that there are more than 300,000 seniors who are homeless.  It is a daunting number, he says, but it is not hopeless and there may be solutions.  He cites University of Pennsylvania Professor Dennis P. Culhane, a recognized expert on the homeless, who is a proponent of Permanent Supportive Housing.

“In other words, programs that provide housing assistance can significantly alleviate the impact of homelessness among the elderly.  It’s a concept with a proven track record, according to HUD.  Not only does it deal with the problem of putting a roof over the heads of the homeless but such programs are generally less costly quick fixes and they help deal with the serious health issues associated with chronic homelessness.  The good news is that a variety of private sector initiatives are underway to alleviate chronicle homelessness,” the AMAC chief notes.

For example, numerous private philanthropic organizations such as the Conrad N. Hilton Foundation, the Bill & Melinda Gates Foundation and the Tipping Point Initiative have set aside tens of millions of dollars in recent years to fund sustainable solutions.

Weber believes that a permanent, cost-effective solution in aid of the elderly homeless is a must.  He says government cannot do much more than provide Band-Aid approaches to the homeless emergency the country faces. Shelters and street outreach programs do not deal with the underlying issue—the need for a stable home environment.

Weber says “we need to wake up to the fact that more seniors are homeless than ever before and to take to heart the needs of these hapless lost souls.  And, we need to focus on their plight and let the truth be told, loud and clear.  Everyone needs to pitch in if we are to solve this problem, which only grows bigger with each passing day.”

He says that homelessness among senior citizens is a form of “elder abuse” and dealing with it needs to become a matter of urgency.  “We must expand the availability of housing for low income seniors.”

Weber says that despite the strides that the economy has made over the past year, many citizens – particularly senior citizens – are still struggling with the impact of the Great Recession.  “It is particularly difficult for those who are old because their prospects for recovering lost incomes can be futile.  Some reports indicate that as many as 30% of people over 65 years of age in the United States have no retirement income or pensions.”

Professor Culhane, in an article he wrote for the publication, Aging Today, said that “among the more troubling aspects of contemporary homelessness is that the problem has been concentrated among people born between 1953 and 1965.  This was true in 1990 when the peak age of adults who were homeless was 30, as it is today, with a peak age of 55.  Adults who are homeless have a much reduced life expectancy compared to their housed peers, and can expect to live to a mere 64 years.  That means that advanced aging-related illnesses and disabilities are confronting this population in increasing numbers, and end-of-life issues will soon come to the forefront of concerns.”

The Association of Mature American Citizens [http://www.amac.us] is a vibrant, vital senior advocacy organization that takes its marching orders from its members.  We act and speak on their behalf, protecting their interests and offering a practical insight on how to best solve the problems they face today.  Live long and make a difference by joining us today at http://amac.us/join-amac.