Alzheimer’s can devastate healthcare in the U.S., says AMAC 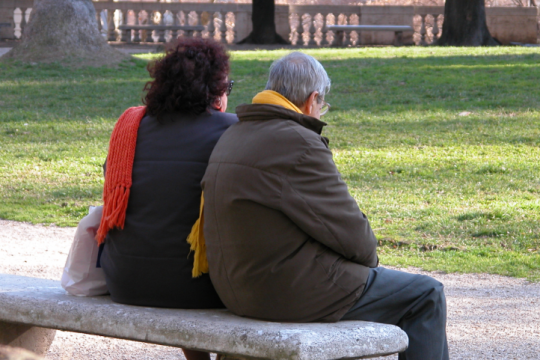 (Originally published on AMAC.us by Foundation Board Member John Grimaldi)

Are researchers making progress in finding ways to deal with the disease?

WASHINGTON, DC, July 6 – A cure for Alzheimer’s disease does not exist and treatments are hit and miss. However, researchers are working overtime to find new ways to deal with the menace of dementia, according to senior advocate Dan Weber.

Weber, who is president of the Association of Mature American Citizens [AMAC], says that the statistics paint a bleak picture. But, he says, researchers are making progress in finding ways of dealing with the illness. He cites recent news that Temple University scientists successfully used a 22-year-old asthma drug to reverse some of the most damaging effects of dementia in mice.

Dr. Domenico Praticò, Director of the Alzheimer’s Center at Temple and the study’s lead investigator, told the Philadelphia Inquirer “for the first time, we are showing that we can do something after the disease is established.”

It will take some time to determine whether such a treatment could be effective in humans, says Weber. “But, it provides a modicum of hope as do other such research reports, including work being done by researchers at Colorado University’s Anschutz Medical Campus in Denver. Researchers there have been testing two drugs that hold promise—Aducanumab and Leukine.”

Aducanumab appears to be effective in eliminating plaque that builds up in the brain, which is a key factor in the development of Alzheimer’s. The Aducanumab study has been ongoing for years and remarkably is currently undergoing field trials in some 360 locations. Leukine, meanwhile, is clinical trials to see if it can be effective in “slowing or even stopping the progression of Alzheimer’s disease,” according to CU Anschutz.

Weber says that “it is imperative that scientists to find an efficient way to deal with Alzheimer’s because of the speed with which this particularly damaging form of dementia is claiming new victims. Left unchecked, the scourge of Alzheimer’s will have devastating consequences on healthcare in the U.S.”

He cites these additional statistics courtesy of the Alzheimer’s Association:

·     There are more than 5.7 million Americans who are currently afflicted with the disease and that number will grow to 14 million by the year 2050

·     Every 65 second a new case of the disease is diagnosed

·     16.1 million Americans provide unpaid care for people with Alzheimer’s or other dementias

·     These caregivers provided an estimated 18.4 billion hours of care valued at over $232 billion

“While we might worry about the prospect of a loved one falling victim to the disease, we need to accept the fact that any of us might need to assume the role of principal caregiver to a mother, father or other relative or friend in their later years. And so, it is important to remember that you are not alone. Friends and relations might not understand the nightmare of looking after an Alzheimer’s patient 24/7. But, it is comforting to know that there are people who understand your plight. And, they can provide comforting answer answers that can ease your frustrations as the illness progresses and imposes new, unthinkable burdens on you. They may not have all the answers, but they can let you know what to expect and provide ways of dealing with day-to-day situations,” concludes Weber.

Here’s a link to practical advice from individuals who have first hand knowledge of the consequences of the disease and stories about how they dealt with them: the Alzheimer’s Reading Room.

The Association of Mature American Citizens [AMAC] [https://www.amac.us] is a vibrant, vital senior advocacy organization that takes its marching orders from its members. We act and speak on their behalf, protecting their interests and offering a practical insight on how to best solve the problems they face today. Live long and make a difference by joining us today at https://amac.us/join-amac.