A Mother’s Day Message from the AMAC Foundation 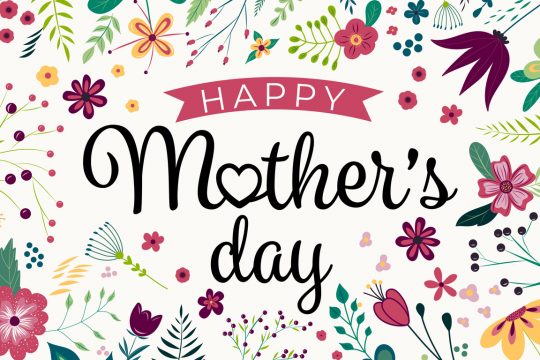 The AMAC Foundation staff extends a sincere and heartfelt wish for a Happy Mother’s Day to the many, many great mothers in our community! Our hope is that you realize peace, joy, and contentment during this day of recognition, and that the coming year brings you goodwill and promise as we work through today’s challenges and as our nation regains its footing.

A Little Bit of History

This annual celebration of motherhood is a joyful day, one that causes us to reflect on the role that mothers play in our families and in our society. Although it’s been a national holiday since President Woodrow Wilson’s 1914 presidential proclamation, it’s historically important to note that its genesis dates back to the 19th century, when Ann Maria Reeves Jarvis inspired its original recognition. A community organizer during the American Civil War era, Ms. Jarvis worked as a peace activist caring for wounded soldiers on both sides of the conflict, and created “Mother’s Day Work Clubs” dedicated to a variety of public health issues rampant during the civil war. Jarvis and another peace activist of the era, Julia Ward Howe, were instrumental in what would be the 1870 Mother’s Day Proclamation calling mothers of all nationalities to band together for peace and conflict resolution. For an interesting analysis of how Mother’s Day came to be, check out this story titled “Anna Jarvis: The woman who regretted creating Mother’s Day.”

So, is it “Mother’s Day” or “Mothers’ Day?” That annoying apostrophe causes some consternation, since Anna Jarvis (referenced above) has supposedly insisted that it needs to be singular possessive “for each family to honour their mother, not a plural possessive commemorating all mothers in the world,” hence “Mother’s Day.” But other views hold that the evolution of nuclear families to include non-traditional and blended families makes it also appropriate to make the title plural possessive, as in “Mothers’ Day.” So, since there really isn’t an absolute, it becomes a take-your-pick situation. Or perhaps it’s a “much ado about nothing” situation, since the universal purpose is to honor motherhood in all its forms.

Now for the lighter side

A good friend and colleague for many decades routinely shares humorous and anecdotal items with me that he’s picked up along the way. Many of these items are keyed to specific happenings and events, like Mother’s Day, and I thought I’d entertain you with this one. I don’t know where he found it or who to attribute it to, but it really fits the holiday at hand, and kind of gives you something to smile about. Here goes:

WHY GOD MADE MOMS
Answers  given by 2nd grade school children to the following questions:

Why did God make mothers?
1. She’s the only one who knows where the scotch tape is.
2. Mostly to clean the house.
3. To help us out of there when we were getting born.
How did God make mothers?
1. He used dirt, just like for the rest of us.
2. Magic plus super powers and a lot of stirring.
3. God made my Mom just the same like he made me. He just used bigger parts.
What ingredients are mothers made of ?
1. God makes mothers out of clouds and angel hair and everything nice in the world and one dab of mean.
2. They had to get their start from men’s bones. Then they mostly use string, I think.
Why did God give you your mother and not some other mom?
1. We’re related.
2. God knew she likes me a lot more than other people’s moms like me.
What kind of little girl was your mom?
1. My Mom has always been my mom and none of that other stuff.
2. I don’t know because I wasn’t there, but my guess would be pretty bossy.
3. They say she used to be nice.
What did mom need to know about dad before she married him?
1. His last name.
2. She had to know his background. Like is he a crook? Does he get drunk on beer?
3. Does he make at least $800 a year? Did he say NO to drugs and YES to chores?
Why did your mom marry your dad?
1. My dad makes the best spaghetti in the world. And my Mom eats a lot.
2. She got too old to do anything else with him.
3. My grandma says that Mom didn’t have her thinking cap on.
Who’s the boss at your house?
1. Mom doesn’t want to be boss, but she has to because dad’s such a goof ball.
2. Mom. You can tell by room inspection. She sees the stuff under the bed.
3. I guess Mom is, but only because she has a lot more to do than dad.
What’s the difference between moms & dads?
1. Moms work at work and work at home and dads just go to work at work.
2. Moms know how to talk to teachers without scaring them.
3. Dads are taller & stronger, but moms have all the real power ’cause that’s who you got to ask if you want to sleep over at your friend’s.
4. Moms have magic, they make you feel better without medicine.
What does your mom do in her spare time?
1. Mothers don’t do spare time.
2. To hear her tell it, she pays bills all day long.
What would it take to make your mom perfect?
1. On the inside she’s already perfect. Outside, I think some kind of plastic surgery.
2. Diet. You know, her hair. I’d diet, maybe blue.

If you could change one thing about your mom, what would it be?
1. She has this weird thing about me keeping my room clean. I’d get rid of that.
2. I’d make my mom smarter. Then she would know it was my sister who did it and not me.
3. I would like for her to get rid of those invisible eyes on the back of her head.

Oh, the wisdom of second-graders!