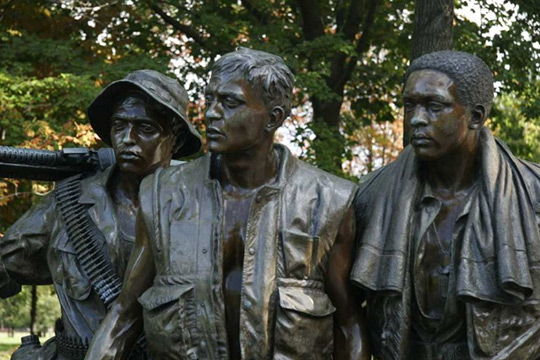 Editorial Note: This article was posted May 28, 2021 as a press release on the AMAC.us website. It was written by AMAC Foundation board president and AMAC Inc. CEO Rebecca Weber, and draws attention to the need for reflection on the sacrifices of America’s military heroes who have given their lives for their country. We share it here as part of the Foundation’s commemoration of this important holiday.

What will you be doing on Monday?  Will you stop at 3:00 PM to observe the National Moment of Remembrance?  Will you say a short prayer or, at least, stop what you are doing for a second to think about the men and women of our armed forces who gave their lives so that we could spend the holiday weekend at ease?  It’s not much to ask for in return.  And, after all, it is also Memorial Day.

No one will blame you for basking by the sea or by the pool.  Nor will they criticize you for joining your family, friends and neighbors for a barbecue.  But you can bet that you’ll feel better for giving thought to those who died fighting our battles over the years and saying thanks for their service.

Here’s a thought.  How about attending a Memorial Day wreath laying ceremony locally.  If not, you might want to watch a ceremony that will be streamed live on Monday.

There are other ways you can make an active effort to honor our nation’s heroes and heroines.  Flying our flag, is the most obvious way to do so.  You can also take the time on Sunday evening, May 30, to enjoy the National Memorial Day Concert on your local PBS station.

The official origin of Memorial Day goes back to May of 1868 when the veterans organization, the Grand Army of the Republic, established what was then known as Decoration Day, the first observance of which took place that year on May 30.

However, the Veterans Administration says that it was in 1966 that “Congress and President Lyndon Johnson declared Waterloo, NY, the “birthplace” of Memorial Day.  There, a ceremony on May 5, 1866, honored local veterans who had fought in the Civil War.  Businesses closed and residents flew flags at half-staff. Supporters of Waterloo’s claim say earlier observances in other places were either informal, not community-wide or one-time events.”

To be clear, today we celebrate Memorial Day on the last Monday in the month of May.  That started happening in 1971 as the result of the Uniform Monday Holiday Act, which was passed in Congress in 1968 as a means of giving federal employees a three-day weekend and which made Memorial Day a federal holiday.

So I ask all Americans to pause and remember those that gave their lives so we may celebrate this national day of remembrance.­