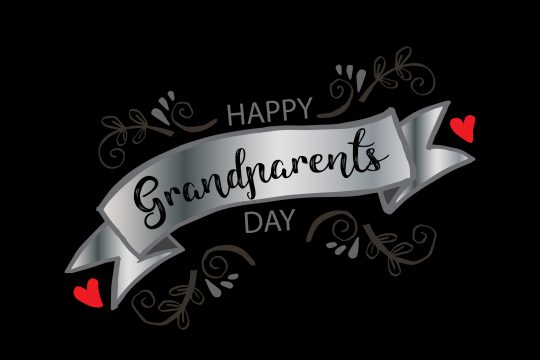 Today is Grandparent’s Day 2020, and the staff at AMAC Foundation extends a warm and heartfelt wish for peace and comfort as Grandparents–and everyone, really–reflect with gratitude on the good things in their lives. Whether you’re a grandparent or not, you know that happiness and youth often go hand-in-hand, and that’s why the little ones bring so much delight into everyday life!

In case you’re unaware of the history, the Farmer’s Almanac points out that Grandparents Day is always celebrated on the first Sunday after Labor Day. Here, directly from the Almanac, is a historical recap:

“Marian McQuade hoped to establish a national day that would honor grandparents, and in 1970 she began a campaign to do so. McQuade raised awareness about senior citizens throughout the 1970s. In 1978, President Jimmy Carter declared the first Sunday after Labor Day to be National Grandparents Day. Each year, the president issues a proclamation to keep the tradition going.

By the way, Mrs. McQaude, who passed away in 2008 at the age of 91, knew the importance of Grandparents Day. She had 15 children, 43 grandchildren, and 15 great-grandchildren. In her “spare time,” she served as vice chairman of the West Virginia Commission on Aging and served on the state Vocational Rehabilitation Foundation and state health system agency, according to her obituary.

So, to Grandparents everywhere, enjoy reflecting on the joy that family brings to you!