To Submit a Question or to Request Information:

“The certification of our staff members is critical to our mission of supporting and educating America’s seniors,” reports AMAC President Dan Weber, “and we believe that by providing credible, unbiased information to people in, or aging into, Social Security is an important part of what the Foundation does. And, since the Foundation is a tax-exempt organization relying solely on contributions from the public to operate, there is no charge for this valuable service.” 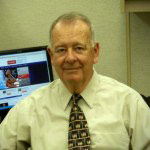 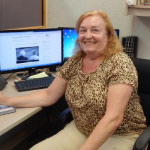 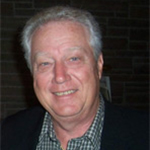 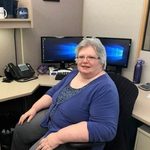 After earning his A.S. Computer Science degree from Pierce College in Philadelphia, Gerry began what would be a 30-year career in the Electric Utility Industry in Pennsylvania and New Jersey. Along the way, he completed his Bachelor’s degree in Business Administration at Alvernia University in Reading, Pennsylvania, graduating Magna Cum Laude in 1992. Retiring in 1997 as Information Technology Director for the utility, he served as Development Director for a manufacturing consortium in Pennsylvania, and then embarked on a second career as Business Manager for a regional law ﬁrm in southeast Pennsylvania. In Florida, he has served as a Consultant and Adjunct Instructor at Lake Sumter State College in 2004, and later at College of Central Florida. In addition, he served as a Consultant at Sumter Electric Cooperative, handling a variety of management training, professional development, and technical responsibilities. Since late 2012, he’s been providing consulting and professional services to the AMAC organization. Gerry is a National Social Security Advisor, certified by the “National Social Security Association, LLC.”

Sharon has a background in accounting and tax preparation of more than 20 years. She began working for AMAC as a Member Service Representative because she believes in what AMAC stands for and what we are trying to accomplish for both seniors and America. She loves working with the public and being able to help people.

After serving in the U.S. Army in the early ‘60’s, Russell started his professional career in computing technology at Pan American World Airways in New York City, where he was Superintendent of Communications Research and Development until he left Pan Am to become Director of Management Information Systems for the Travel Division of American Express Company. His background and experience in computers led him to join IBM, where he enjoyed a very successful career in sales and engineering management and project management, ultimately leading him to an appointment as the executive responsible for IBM Global Services’ worldwide quality assurance program.

Russ retired from IBM in 2003 and enjoyed 10 years of retirement before rejoining the workforce with AMAC in 2013. After several positions in AMAC’s membership services department, Russ transferred to AMAC’s Small Business Solutions unit as SBS’ Operations Manager in Florida, until 2016 when the need to be with family called him back north. Russ continues to work as a Business Consultant to several AMAC departments, including the AMAC Foundation where, as a Certified Social Security Advisor, he provides assistance to seniors approaching their Social Security benefits enrollment decision.

While earning her B.S. Health Service Administration from Providence College in Providence, Rhode Island and a Green Belt in Six Sigma Lean from Bryant University in North Smithfield, Rhode Island, Eileen worked in various positions in the health care industry. Her career features over thirty years of experience in health care, ranging from clinical-side in the home health care industry to financial-side in two leading non-profit multi-hospital systems, and including a tour of duty as a pricing specialist/negotiator at a Blue Cross & Blue Shield health insurance company.

After the death of her husband, Eileen moved to Florida and began working for a multi-hospital health care system, eventually returning to positions that offered her more opportunity for analytical work. Her current position is that of Health Care Research Analyst at AMAC, Inc., and she is co-credited with the development of AMAC’s B.E.S.T Health Care plan, the replacement for Obamacare now under consideration in Washington. In addition, Eileen provides services to the AMAC Foundation, including editorial maintenance of the Foundation’s Medicare Report websites (www.MedicareReport.org and http://www.SocialSecurityReport.org) and service as a NSSA-certified Social Security Advisor.

Arlene’s background features nearly 20 years of experience in customer service and administrative support. This experience, coupled with her work as Director of Merchant Services for AMAC Small Business Solutions and Quality Control Coordinator for Member Services, gives her a strong foundation for the research, problem-solving, and communication tasks we handle in the Social Security area. She is excited about the challenges ahead of her in this position, and we’re pleased to welcome her to the staff! Arlene completed her training in early August, 2019 and immediately--and successfully--passed the certification examination.